As a political sciences student, Korea’s DMZ border was a must-visit when I was travelling through South-Korea. And even as a curious tourist, the border with North Korea piqued my interest. How often do you get the chance to visit the most dangerous border in the world, as often claimed? Having now taken the DMZ tour myself, I recommend this highly informative if not a little haunting experience. So, if you’ve got guts and a desire to get a snippet into one of the most closed countries on earth, here’s how to do it!

How to visit Korea’s DMZ Border

Step 1: choose your points of interest

Imjingak Park has an important sentimental and symbolic meaning. This park commemorates families who are separated because of the split between North and South Korea. The barbed-wire border fence is full with colourful memorial banners and streamers with messages left by South Koreans to their families in North Korea, who they have not been able to see or contact.

What visitors also come to see here is the Freedom Bridge that crosses the Imjin River between North and South Korea. It’s where prisoners were repatriated at the end of the Korean War in 1953. It’s completely blocked off so no one can cross, though there’s an observation point where tourists can pay for a closer glimpse of North Korea.

The Dorasan Station is located at only 650 meters of the DMZ. This station is currently quite oversized and empty. The DMZ train from Seoul is the only train that serves the station with exactly one arrival and one departure daily. The current purpose of the station is largely symbolic for eventual Korean reunification.

Buy a ticket, with stamps, to enter the platform. You can keep the train ticket as a souvenir. I’m not responsible for distressed friends and/or family who might believe you are really travelling to North Korea. Sorry, mom!

The Dora Observatory is also known as the Unification Observatory. It is situated on top of Mount Dora. This observatory offers binocular views (free of charge!) of North Korea’s fake town, Kijong-dong. This village is known in North Korea as Peace Village, but in South Korea, it is known as Propaganda Village. The town was first built in the 1950s to lure South Koreans to defect and move across the border.

You can easily spot Kijong-dong because of the North Korean flagpole. On a clear day, you can see as far as the real city of Kaesong situated about 8km from the DMZ. The JSA is visible too from this observatory.

The Third Tunnel of Aggression

This was one of my favourites. The Third Tunnel of Aggression is one of the four known tunnels under the border between North and South Korea. The tunnels have been dug for a surprise attack from North Korea on South Korea. North Korea denies this and claims the tunnels are part of a network of tunnels belonging to a coal mine. This is highly unlikely as coal has never been found in the area. The Third Tunnel of Aggression, discovered in 1978, is located 44 kilometres from Seoul. It is estimated that the tunnel would be able to accommodate more than 30,000 soldiers with light weapons per hour.

This tunnel was easy to walk through for me as I am only 1m59 but I have to warn anyone taller than me. You might have some back pain after walking through this tunnel. It’s not exactly built for tall people.

Today the tunnel and the area around it have become an all-inclusive tourist attraction, with a DMZ video hall, representative sculptures, gift shops and more. You will be obligated to watch a propaganda movie in this video hall before or after visiting the tunnel.

The JSA, those blue houses you see in the news about North and South Korea, is the closest point a tourist can get to North Korea. At this spot, you’ll even have the chance to physically stand in North Korea itself and take a photo as proof. This area is occupied by the South Korean and US military and is completed with a gift shop selling original items from North Korea, including stamps, money, and wine.

The JSA is popular but visitors are limited. If you really want to do this, book in advance. And far in advance. Remember that a visit to the JSA can be cancelled at any time due to rising tensions or even the swine flu.

Several companies operate DMZ tours. I am not the biggest fan of group tours but you can only visit the DMZ with a tour, as it has restricted civilian access and requires a mandatory military escort.

No two tours are the same so you should choose one based on your budget, customer reviews, and points of interest that are included. I believe you can find easily the best tour options via GetYourGuide and Viator.

Most tours depart from Seoul. Read everything you need to know about Seoul here!

So you have enough courage to visit the DMZ? Or maybe it is curiosity? Tour booked? It’s time to enjoy your trip to the border. It’s nothing short of unique to be sitting in a bus with views of North Korea passing by out your window.

Always listen to the instructions of your guide because you won’t be allowed to take pictures everywhere.

So there you have it! I hope you’ll enjoy your trip to the DMZ and get a unique glimpse of North Korea.

You may also enjoy: 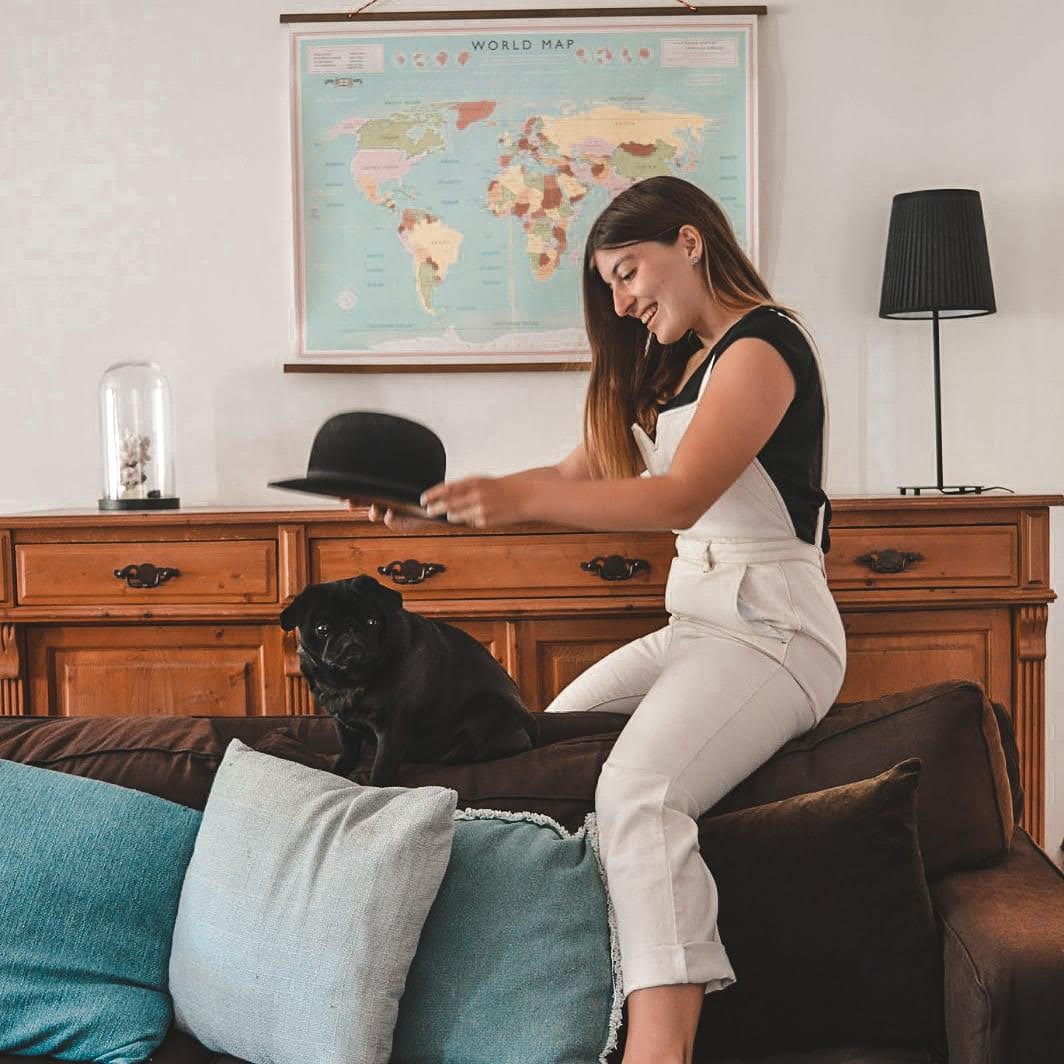 Hi there! Welcome to my place of joy and inspiration. My name is Falke and I’m a passionate travel & lifestyle blogger, adventure addict and spirited storyteller.
Happy travels!